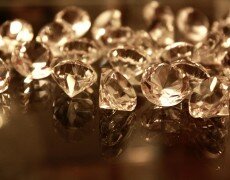 A new LCSV working paper released today by LCSV Research Director, Professor Sarah Bracking and Khadija Sharife, the Research Director at the African Network of Centres for Investigative Reporting, has revealed how one of the world’s largest diamond companies is avoiding tax obligations –  to the tune of billions of dollars.

The study shows how South Africa’s leading importer and exporter of diamonds, De Beers, has carried out significant ‘transfer pricing manipulation’ as part of the diamond industry’s valuation process. Transfer pricing manipulation occurs when two subsidiaries of multinational companies trade with each other, distorting the price at which the trade is recorded. That, Bracking and Sharife explain, can minimise the overall tax bill allowing a company to record much of its profit in foreign territories, particularly tax havens. The tactic, enabling profit shifting by artificially reducing the value of rough diamond exports, helps companies avoid their tax obligations as these are related to sales value. This behaviour shows that, in this case at least, diamonds are not a developing country’s best friend.